THE AGE OF AUTOMATION: WINNERS & LOSERS 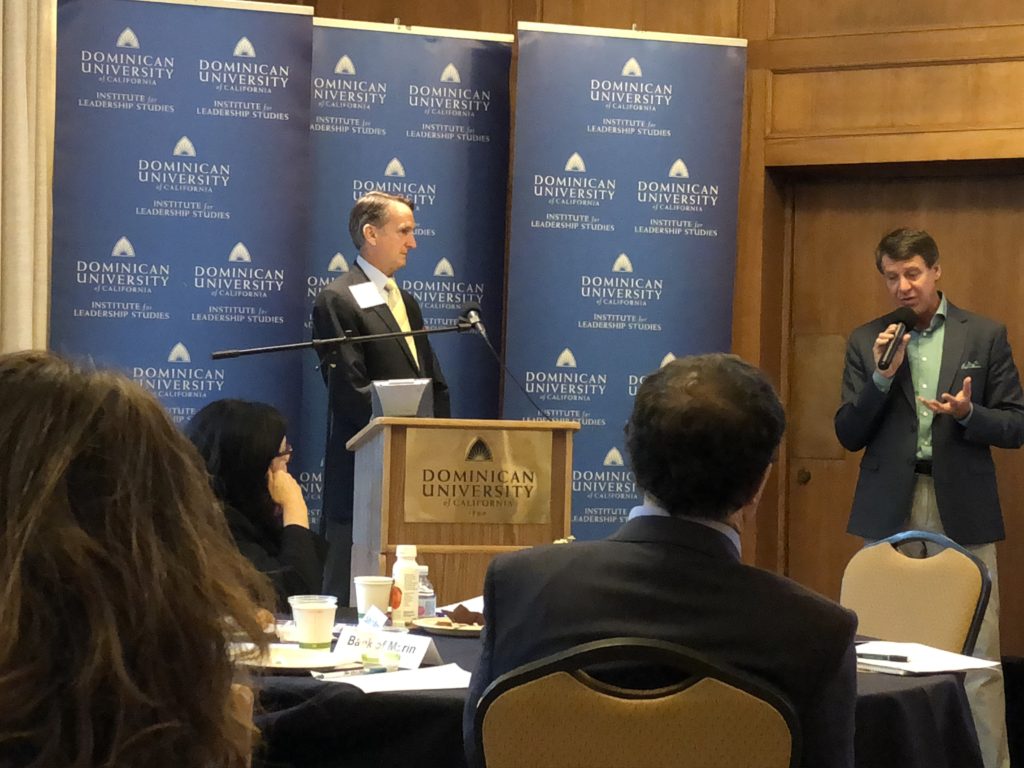 Mark Coopersmith, Senior Fellow at U.C. Berkeley’s School of Business, launches into a one-hour answer, complete with slide show, videos, antidotes, humor, and personal insights.  The audience is already fully engaged, being comprised of members of the CEO Club of Marin, North Bay Leadership Council, and Dominican University staff and students, all who have vested interests in knowing the next answer.

“Well, there are six key areas in which technology is accelerating and changing our lives today, and will change your jobs tomorrow.”

These changes are happening around the world, though in uneven distributions.  The United states, China, Singapore, Korea, Russia, and others all are competing to lead the way in certain areas, with inconsistent technology development, commercialization, and acceptance.

Where does this lead you?  Well, as the saying goes, ”Lead, follow, or get out of the way!”

Jack Ma, founder and CEO of Alibaba, the world’s largest eCommerce company and largest U.S. IPO, states that a future education in math or science is a risky investment, as machines can perform better than humans in those areas.  Instead, invest your own education, training, and development in liberal arts, music, creativity, customer service, and other ”soft” skills that machines won’t readily replace, or in areas that direct the work of automated machines.

In summary, lead…don’t just follow or be run over by the coming of the age of Automation!

Mark Coopersmith is an educator, entrepreneur, and b

est-selling author.
A Senior Fellow at UC Berkeley’s Haas School of Business and the founder of the international Learn2Launch at Berkeley program, he teaches entrepreneurship, innovation and leadership to current and future leaders at UC Berkeley and around the world. As a Fortune 500 executive and corporate entrepreneur he has built and run global businesses for Sony and Newell Rubbermaid. As an entrepreneur he has launched and built  Silicon Valley startups  (his ecommerce startup  WebOrder  is now owned by Google).
www.markcoopersmith.com

Updates from my organizations